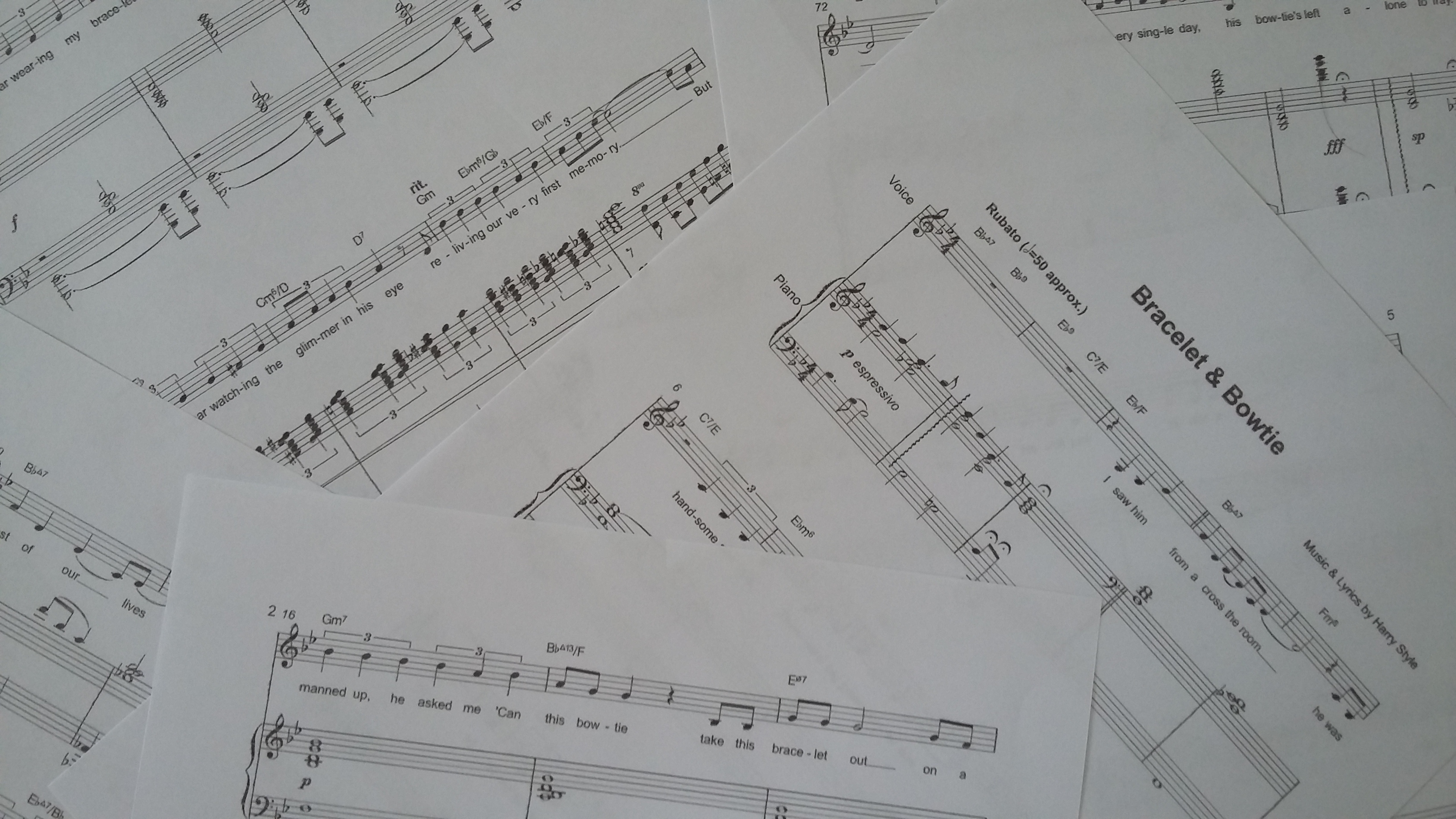 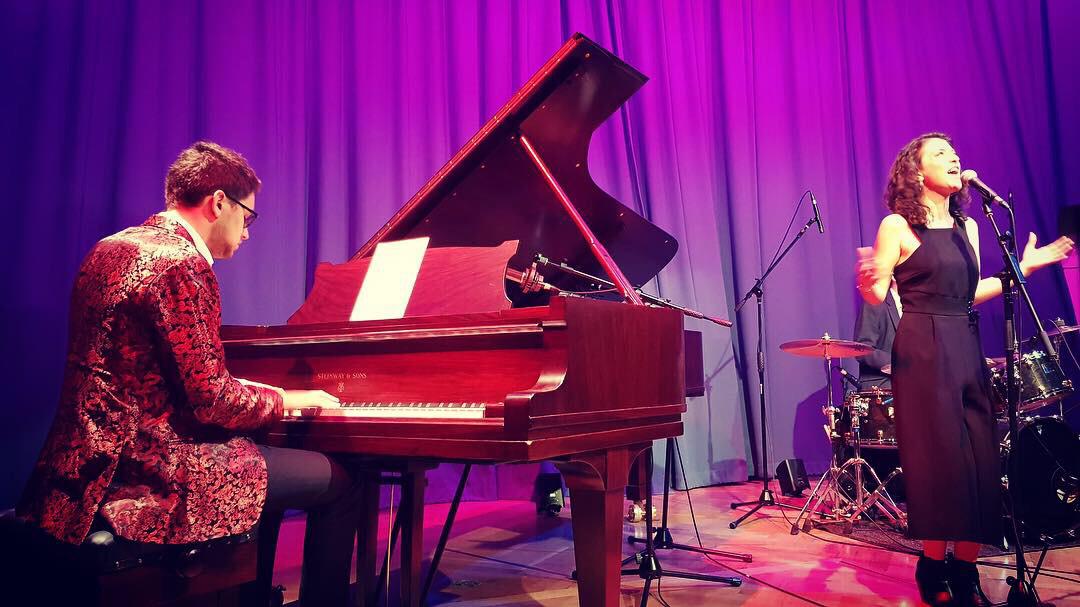 To his surprise, a lazy but compassionate priest ends up in purgatory. As father Stephen-Peter recalls the confessions he has taken on earth, the archangels must decide whether he belongs in heaven or hell. The advice Stephen-Peter gave to his parishioners on earth led to hilarious situations with grave consequences. Are good intentions enough to save his soul?

I was commissioned to compose some barbershop music in an advert for the Alzheimer's Society in January 2020, and it is currently on national UK television, internet and radio. Produced and owned by Spacecity Ltd, The Ashatones sing 'The Big Win Weekly Lottery' and act as the barbershop quartet in the advert.

In a Tudor world, Liz - young, sassy, supposed virgin and the Queen of England - cannot stand the drawbacks of sitting on the throne as a woman; her overbearing councillors ignore her forward-thinking policies and constantly attempt to marry her off to boring and unappealing suitors. However, when she finally takes decisions into her own hands and rejects King Philip of Spain's proposal of marriage, he declares war and assembles the largest fleet in history: The Spanish Armada. With her people furious and invasion imminent, how will Liz regain her people's trust and save her country?

Healthworker Talk is a podcast in which NHS staff from a wide range of services and professions talk to Hope Samuel, a clinical psychologist. They talk about what they do at work and the meaning of their work to them. We hear from people working in all areas of the health service and get an insight into how they fit into the complex organisation of the NHS. Healthworker Talk focuses on the rewards and some of the challenges of the work with a particular focus on the impact of the pandemic.

In October 2017, the New Musical Development Collective (NMDC), lead by Sevan Greene, held their EMERGE concert in Stratford where I showcased some of my work. I had the privilege of working with some incredible singers on the day.

Lexi Clare has given me the opportunity to showcase my work at 'Prelude', a platform to demonstrate upcoming writers and performers, at Above the Arts and Tristan Bates. Featuring several singers and musicians, below is some of the material I showcased.

It's Adam's 30th birthday and he's hosting a dinner party for his closest friends. Being the first to turn thirty in his friendship group, there are a lot of expectations, both for the night and for the next stage of his life. However, the evening becomes more and more chaotic whilst Adam tries to put on a good show. With four secret addictions and a rat on the loose, what could go wrong?!

Written by Michael Hartfield and Zach Margolin, Improv is a sitcom centred around an improv class. The writing duo are currently preparing to shoot the pilot episode for when the lockdown is over. I have been commissioned to compose the theme music.

Since 2018, I have been invited to JFS to run song-writing workshops with some of the best and passionate music students in the school. As a result of their work and collective contribution, their school youth choir 'The JFS Singers' have performed and recorded three new songs to add to their repertoire.

I have been singing with, and arranging for, The Ashatones for almost seven years. With a repertoire spanning a century, we - Ashley Jacobs, Sam McCagherty, Alex Weston, and I - sing anything from traditional barbershop music to our own arrangements of current pop songs and have gigged all around the UK. As well as performing on stage, we were recently commisioned by Spacecity to feature in an advert, for which I composed and arranged the music, for the Alzheimer's Society promoting The Big Win Weekly Lottery. It is broadcasting on UK television, radio and internet until April 2021. I have arranged a number of songs for the group over the years. Currently, we are releasing an Ashatones Advent Calendar throughout December 2020 in time of Christmas!

Emily McDouall and I met at Mountview at the end of 2015, and have worked together on a number of gigs projects since. In March 2019, Emily and I recorded some covers of pop songs and a couple of jazz standards at The Bishopsgate Institute - where I was fortunate enough to play The Myra Hess. Bass: Benjamin Crane Drums: Nick Anderson Sound: Jack Childs Visuals: Jonathan Morrell

Songs from the Shows

The People's Orchestra held a concert of musical theatre repertoire in West Bromwich town hall in April 2017. The orchestra, conducted by Dan Watson, played a number of songs, including my arrangement of 'Edelweiss' from Rogers & Hammerstein's The Sound of Music.

The Show Shanties - an original idea conceived in the summer of 2020, is a working title from the creators who have been inspired by their love for Musical Theatre and the iconic Shanty group The Fisherman's Friends. A planned workshop for early 2021 had been postponed due to the current pandemic and government guidelines. However, given the recent boom across the world and the love and affection being show for shanties, we felt it was the right time to fast track some of our work and share with you our hybrid celebration of Musical Theatre & Shanty Songs! Produced by Jo Parsons, I am co-arranger with Ashley Jacobs. The debut shanty of 'The Ballad of Sweeney Todd' took the internet by storm. With our first song out on social media, there's more to come from The Show Shanties in the near future.

In 1360, a spire is being built on Chesterfield church. John Carpenter makes friends with a boy, Walter, and his older sister, Katherine. One morning, John finds the body of the master-builder; stabbed to death. He suspects it is something to do with the shoddy workmanship.When the only likely murderer is found dead, John becomes the main suspect. Walter goes missing and Katherins asks John to help find him. Has Walter found the murderer, or has the murderer found him? Despite Covid-19, The Crooked Spire has been able to virtually produce recorded performances to showcase online. I was asked by my fellow drama school student and friend, Martin Coslett, to musically direct and arrange music for the show in the heart of the first lockdown. The show was broadcast at The Buxton Fringe (virutally) in the summer, and the second part of Act I (with and without BSL-signing and a Q&A session) was broadcast on YouTube from 9th-10th December.

It has been such a great pleasure rehearsing with Centre Stage over the last five months on their production of Godspell. This is my first Centre Stage show and, after all the fun we have had in rehearsals and the inspiring enthusiasm from the cast and crew, I cannot wait to get back to rehearsing and putting the show on in the Bridewell Theatre when lockdown is over.

Pattie Shop Diaries - the story of an Afro-Caribbean / British family living above, and running, a food outlet in Brixton, South London, in 2012 - is a new musical written by singer-songwriter Mike Scott-Harding. I was introduced to Mike and director Onur Orkut by one of my mentors - Rob Hartmann - when working on a new writing showcase held at The Other Palace in 2017. The piece was then showcased at BEAM 2018 and then taken back to The Other Palace as a full show, as well as Hackney Empire 2, in April and May later that year. I am so glad to have worked with such an inspiring and talented bunch of people; we put on a well-received piece of theatre and made some life-long friends in the theatre industry.

Since leaving drama school, I have always been active as an MD for a number of community choirs over the years. Since 2018, I have been working with members of the New North London Synagogue community to put on musical theatre concerts. Rivka Gottlieb - harpist, music therapist and events coordinator of the synagogue - approached me to work together that would soon become a lovely tradition in the community. Coming up with our own themes and programmes, we have produced some wonderful and memorable experiences for everyone involved and everyone in the audience, with performers from the age of 5 to 75. In 2017, I led the Woodside Park Synagogue Choir with chazan Aaron Isaac during the most important festivals of the Jewish calendar, The High Holidays. Completely rearranging the service repertoire for baritone solo, the choir sang the services beautifully throughout the period and was roaring success. I was also the musical director of the amateur choir A-Chord from 2017-2019, performing in old age homes every season. The choir have various musical theatre and pop songs up their sleeves and are still going strong today. If you're interested in joining, you can contact Laura Gerlis by email on laura@a-chord.uk.

I am a regular gigging pianist working all over the UK in many different contexts - from theatre to jazz functions, and concerts to religious serivces. I most recently depped as a Keys II player on the Pint of Wine production of Queen of the Mist in the Charing Cross Theatre. I was also the pianist for cabaret show Fiona Jane Weston & Friends for two years, for which I accompanied an array of musical theatre performers and writers including Liza Pulman, Gary Bland and Darron Clark.

I had my first gig with The Trix Party Band - led by Tyler Rix - in 2019 at the Moxy Hotel and had a right laugh. Gigging around the country since, we are booked to perform in Oslo at the end of the year and more.

I have been singing with these guys for years now. We have done countless functions across the UK, as well as in Israel and Italy. If you are looking to add that extra pizazz to your event for some tailored a cappella, check out the Ah Men Singers online and get in touch quickly - we're booked out far in advance!

The Three of Us

Having done music together with Imy Halsey and Ashley Jacobs in so many ways since university, it was about time we started a little trio of our own. With our love for harmonies, we got together recreate to some of our favourite songs.

I met Hannah Elkins when we did our first show together at university and have been close friends ever since. As her singer-songwriter career is lifting off, I have been playing in her band where we recently performed at The Finsbury, and we have gigs lined up at other London venues including The Ned. Check her out - she's got an absolute banging voice and has some great original songs under her belt.